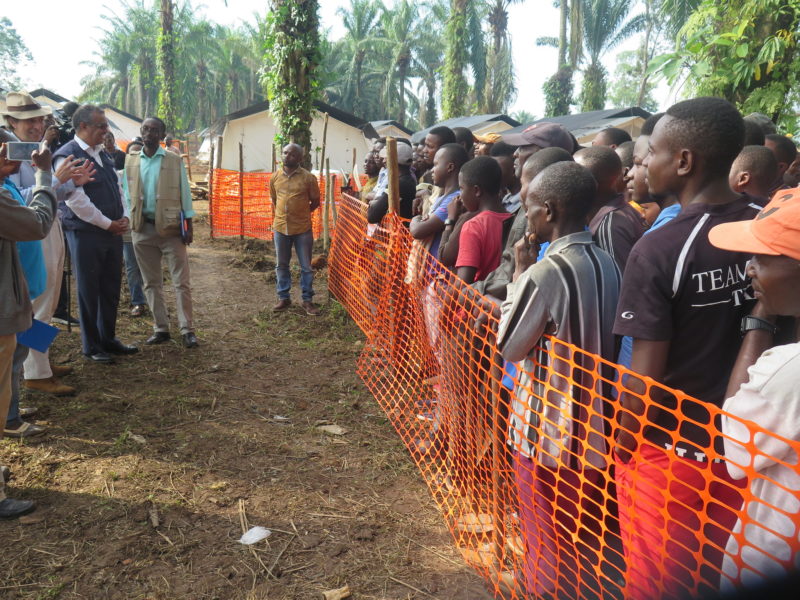 Between the end of February and mid-March, within two weeks, several Ebola Treatment Centers (ETCs) were attacked in the town of Butembo in eastern Democratic Republic of Congo. On March 11, 2019, around 5:00 am, an attack on the ITAV health center left a policeman dead and injured a health worker. One of the Mai-Mai attackers was arrested. This was the second attack on the health center; two weeks earlier, on February 27 at 4:00 pm, assailants had killed a policeman, burned down part of the center, and scattered 12 patients who were under quarantine. The first such attack in Butembo took place at the Katwa ETC on February 24th, after which the national health minister blamed local community members before realizing that the ETCs were being targeted by armed groups.

The attacks in Butembo have perhaps been the most noteworthy, given the size of the town (around 700,000), and the fact that it has been relatively peaceful in recent years. But armed groups have attacked health centers elsewhere, including those treating Ebola, as well. This is particularly the case of Kasitu and Vuhovi. According to the United Nations, since the beginning of the epidemic, there have been 317 security incidents that have had an impact on the response to the disease.

The security challenge is enormous, and the Ebola response strategy – with 731 deaths already in the region – should have anticipated such attacks. In a region where the state and the humanitarian community has often reacted slowly in response to the killing of civilians and other abuses committed by armed groups, the population has become suspicious of outsiders. The recent arrival of large missions to combat Ebola, with experts recruited from around the world and considerable financial resources, has prompted cynicism and conspiracies. The decision by the Congolese government in December 2018 to postpone elections to Butembo and Beni, which many locals saw as targeting them for their support of the opposition, also contributed to a crisis of trust toward authorities.

Several local leaders have stepped in to try to dispel these suspicions, including the Catholic bishop of Butembo and the Nobel Prize laureate Denis Mukwege. The Minister of Health Oly Ilunga and the director of the World Health Organization have also visited the region to encourage locals to collaborate with the humanitarian efforts. Nonetheless, the population remains reserved. The campaign against Ebola should be accompanied by a deeper engagement with local communities and should attempt to answer the following questions:

What is the role and responsibility of the Congolese security services when the armed groups are able to penetrate into the city center during broad daylight –– the ITAV health center is located in downtown Butembo –– without being detected by the intelligence services, the police and the army?

To what extent does the strategy of the Ebola response take into account and mitigate the risk that the massive deployment of financial resources will attract armed actors, including local armed groups and the pauperized Congolese security services?

In any case, the attacks against the ETCs in a city that had become a haven of peace in the midst of a deeply unstable region, suggest that the Ebola response should not be decoupled from the security of the general population, and that well-funded humanitarian action can be undermined by weak and abusive state.