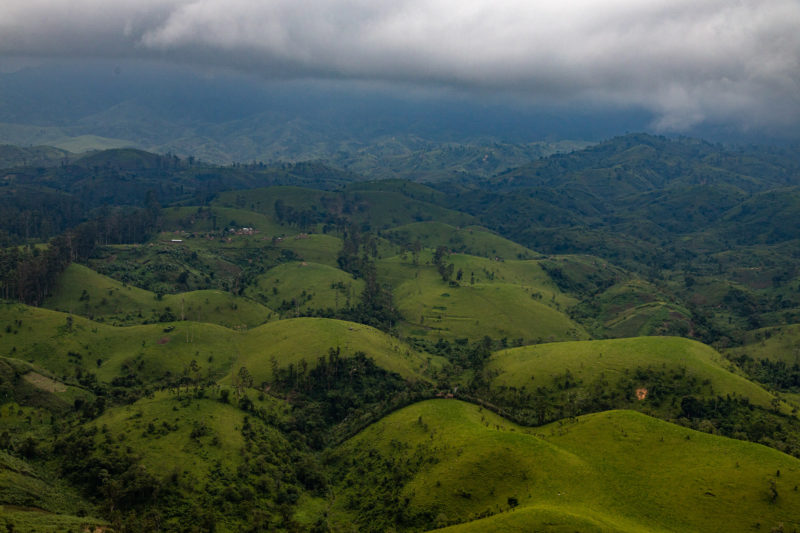 Christoph Vogel is a researcher and investigator specializing in DRC’s armed groups. A former member of the UN security council group of experts, he currently works with the Conflict research programme based at London School of Economics (UK) and Ghent University (Belgium)

On the night of July 8, near Pinga in one of its main headquarters, the NDC-Rénové announced the dismissal of its top commander, Guidon Shimiray Mwissa. In a communiqué signed by the movement’s spokesperson Désiré Ngabo, the NDC-R announced that Guidon’s deputies Gilbert Bwira and Mapenzi Likuhe are taking over the leadership of the group.

Last night, the NDC-Rénové – the biggest armed group currently operating in eastern #Congo – destituted its commander Guidon Shimiray and cut itself in two. This norning, fighting and confusion is reported in different areas in North #Kivu. Watch this space. pic.twitter.com/ZpSlzeGa0N

A recent Congo Research Group report meticulously documented how the story of the NDC–R is in many ways a blueprint to understand conflict and armed mobilization in the eastern Congo. More often than not, the emergence, evolution and demise of belligerents in that region is guided by a combination of drivers and factors. In the NDC and NDC-R’s case, this has been the imbrication of politics, business, and social relations, as well as the broader geopolitical surroundings in which the movement was able to operate. While it is unclear at this point where the NDC-R is headed, and who will lead it, some interesting lessons can be drawn from the group’s trajectory and its (more or less) sudden split.

Big or small, most armed groups in eastern Congo’s highly fragmented (in)security landscape – recent counts suggest well over a hundred clearly identifiable belligerents – are sensitive to developments around them. These include local and provincial politics, the role and positioning of customary leaders and army commanders in their area, and many other dynamics. The case of the NDC and the NDC–R illustrates just how much the movement has, historically, reacted to external interference in the shaping of its own structure and strategy. Military, customary, and political elites were crucial in helping Guidon and Bwira to take over from Sheka, and for Mapenzi to leave Janvier Karairi’s APCLS and bring most of its troops into the NDC-R. Judging from this tradition, it would be highly unlikely that Bwira and Mapenzi would topple Guidon without similar backing.

One big question now is that of troop strength. Neither the Congo Research Group, nor Congolese analysts, nor the the UN Group of Experts have provided clear numbers, but it is probably safe to say that the NDC-R has somewhere between 1000 and 5000 elements. (Yes, this range is huge, but specific head counts tend to be incorrect, as many past examples show.) These include semi-autonomous allies such as the UPDI-Mazembe under Kitete Bushu. How many of these troops (and their respective stocks, positions etc.) will remain loyal to Guidon? Who will remain with Mapenzi and Bwira? Answering this question will surely take days.

As of now, less than 24 hours following the split, the only clear thing is that internecine fighting has emerged in a number of places, including Pinga, Mweso, Kashuga, and near JTN/Katsiru (although this list may not be exhaustive). In some places, the Congolese army – not known for taking a particularly tough stance on the NDC–R in the past – is engaging units of the group. In other places, the coalition linking Nyatura CMC with FDLR and APCLS is taking back positions recently lost to the NDC–R. As in other splits, it is likely that a high number of rank-and-file do not even necessarily know whom they will stick with, as it is often a coincidence and depends on who is posted where at the moment of the split. This was very much the case when the CNRD split from the FDLR in 2016. Nonetheless, given the long-standing rumors over internal falling out and an impending clash, some preparations might have been done by commanders on both sides.

In the meantime, populations across Walikale, Masisi, Rutshuru, and Lubero territories are as confused as one can be after having lived under fairly stable, army-like control for years. This period was characterized by the most efficient system of illegal taxation (the infamous “jeton” system) developed by any non-state actor in eastern Congo since the heyday of the FDLR. And its significance should not be underestimated: in a region where shifting control and governance patterns are legion, the NDC–R’s rule in many places represented some sort stability, notwithstanding the violence it brought. Some of the scenarios that may occur over the coming weeks are: (a) the atomization of armed control of the region if the NDC-R effectively breaks down (this will depend on how much Guidon’s presence has been an “integrating” factor for the movement), (b) a stand-off in which both factions contest and fight one another, or (c) a quick annihilation of one wing by the other. In all of these scenarios, neither the FARDC’s reaction (especially that of units that have been close to the NDC-R thus far) nor that of other powerful armed groups have been factored in—most notably the sort of alliance that brought the CMC/FDLR/APCLS coalition together with the FPP-AP, the Mazembe wing that is critical of the NDC-R and formerly allied with the FDLR.

If, in the past month, the fighting between the broader coalition around the NDC-R and that around the CMC and FDLR in Rutshuru and Lubero seemed like a return to the situation that prevailed throughout 2016, the NDC-R split could bring us into uncharted territory in terms of its immediate security implications. Finally, another question is the fate of Guidon Shimiray himself – will he end up being captured and facing military trial like his predecessor Sheka, or will he reinvent himself and his alliances on the ground? Wait and see.