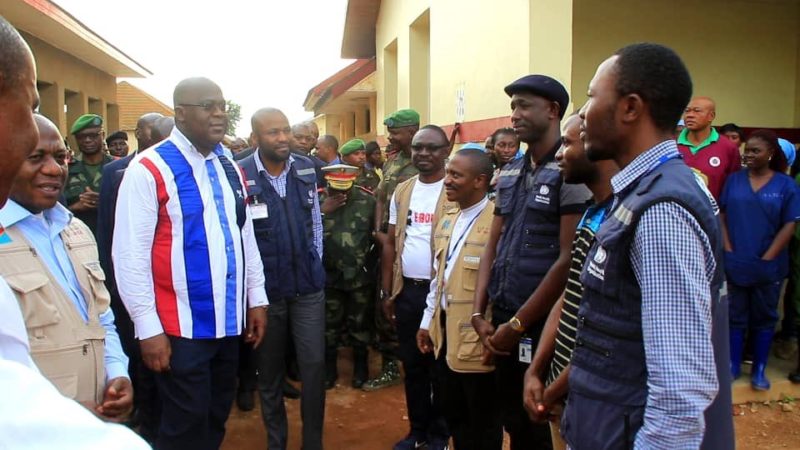 During his trip to Goma on April 15 and in Beni on April 16, 2019, President Félix Tshisekedi, promised to do everything to ensure peace and security return to North Kivu, saying that the era of armed groups was over.

He announced several decisions, included to rotate out the troops who had been serving in the Kivus for many years; however, the dismantling of armed groups is likely to remain an uphill battle.

On the one hand, in the wake the December 30th elections, the list of armed groups willing to lay down their arms has grown longer. Following the surrender or capture of several armed group commanders in January and February, the leader of the Raia Mutomboki Kabishula (aka Ngubito), active in Ziralo grouping in Kalehe territory, surrendered with more than 400 combatants in Nyamunyunyu on March 5th; the Raia Mutomboki Safari, active in the Kalonge groupement, Kalehe territory, surrendered on March 26th; and Nyatura Kavumbi’s commander surrendered to the FARDC on April 2nd in Kirumbu, Masisi territory.

Talks are also underway for the surrender of other armed groups: with the Nyatura Kalume Matthias in Lumbishi, Kalehe territory, since mid-April; and with the Raia Mutomboki Maheshe on April 20th, in Nzibira  Walungu territory. The Nyatura Ngwiti are also reportedly en route to Muheto to surrender to the FARDC.

Still other commanders have been captured or killed: on January 3rd, the FARDC killed Lance Muteya in Nduma, Shabunda territory; the important Mai-Mai commanders Charles Bokande and Jackson Muhukambutho were both killed in attacks (by unidentified assailants) at Kamuhororo on February 3rd and Ishasha on April 21st, respectively, both in northeastern Rutshuru territory. The commanders of the Raia Mutomboki Kokodikoko and Raia Mutomboki Vunja Vikwazo were captured on April 14th in Shabunda territory, but their dependents are still at mostly at large. 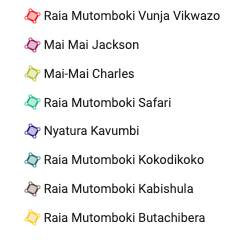 However, it will be difficult for the government to consolidate these gains, for three reasons:

First, instead of disarming, some armed groups have taken advantage of their good relations with the FARDC to bolster their positions, becoming de facto self-governing entities: this is the case of Nduma Defense of Congo (NDC-R), which has extended its reach though new offensives in Masisi during the months of March and April 2019. The NDC-R’s strength has made it difficult to disarm them, and their collaboration with the FARDC has encouraged the mobilization of other armed groups.

Second, and probably the most important challenge, there is a striking lack of options for those who want to surrender. The National Disarmament, Demobilization and Reintegration Program (PNDDR) has not been accepting any new demobilization candidates for several years. Those who surrender are sometimes placed in military camps––the main two such camps are in Nyamunyunyi, north of Bukavu; and Mubambiro, west of Goma––with little supervision, or are provided with simple demobilization tokens and returned to their villages. At the same time, the Congolese government is sending mixed signals. For example, on February 3rd, the rebel leader Ebuela arrived with dozens of combatants to surrender in Mikenge (Fizi territory), only to return to the bush after the FARDC attacked his troops who were preparing to disarm in Kafulo on March 2nd.

Finally, somewhat paradoxically, the death or capture of the commanders of some armed groups has deprived the FARDC of important interlocutors who could persuade their troops to demobilize. Some groups, following the removal of their commander, have fragmented into gangs of criminals operating without a clear command structure.