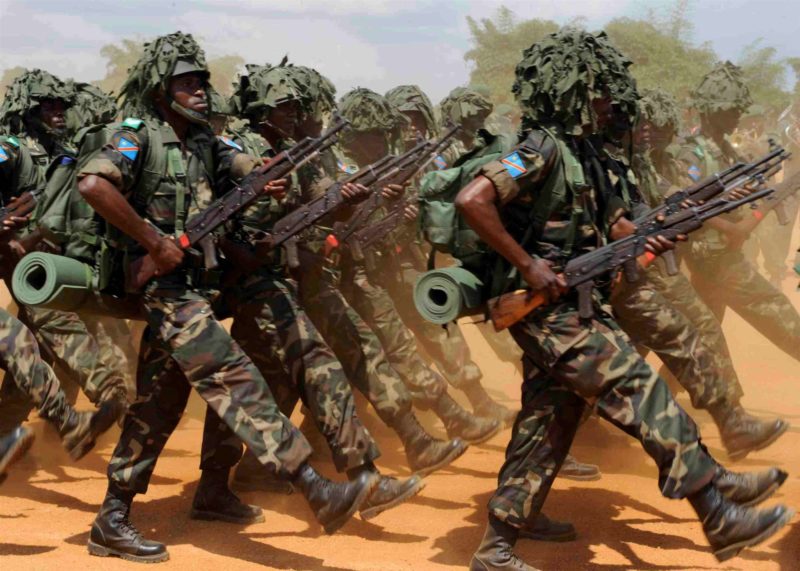 In recent months, combatants from the National Council for Renewal and Democracy (CNRD), a dissident wing of the Democratic Forces for the Liberation of Rwanda (FDLR) rebellion, and their dependents have migrated in large numbers to the Kalehe highlands in South Kivu province. The Kivu Security Tracker (KST) has spoken to numerous sources – members of civil society, three Congolese army officers and a UN official – who speak of some 5,000 people, including men and women, and even children who have arrived in two waves.

The first group came between the end of December 2018 and January 2019. Pursued in North Kivu by the Nduma defense of Congo-Renovated (NDC-R), led by Guidon Shimiray Mwissa, they fled to South Kivu from Masisi, Rutshuru and Walikale territories. They headed to the high altitude forests overlooking Lake Kivu, where Tutsi and Hutu communities have been settled for decades. Then, around the end of April, a second group of CNRD left from Fizi, Uvira and Mwenga territories, crossing through Walungu and Kabare territories to Kalehe. They mixed in with the native Rwandophone population in the villages of Zirhalo, Numbi, Shange, Lumbishi and Kavumu, according to the same local sources, building makeshift shelters, farming fields and taxing local mining sites. Since then, the two groups appear to have merged and moved slightly northward toward the Masisi-Kalehe border.

Wilson Irategeka, President of the CNRD

Their presence, confirmed by the United Nations Mission for the Stabilization of Congo (Monusco), has stirred concern among locals who fear clashes between elements of the CNRD and other armed groups. “Since the end of March, we have been monitoring this situation and have increased our dissuasive presence. Peacekeepers have set up a temporary operational base at Bibatama, north-east of Bunyakiri, to monitor possible movements of armed groups including the CNRD,” a UN military source told us.

As for the Congolese army, military officials in South Kivu and Kinshasa told the KST, that they take “very seriously this threat to security”, fearing possible clashes on Congolese territory between these CNRD fighters and Rwandan troops who could be tempted to cross the border. At the end of May, Major General Delphin Kahimbi, head of Congolese military intelligence, visited Bukavu, the capital of South Kivu, to inquire into the situation. Before his return to the capital, the officer asked his officers to conduct further research into the situation in the Kalehe highlands. The Congolese government and its foreign partners are especially worried that these CNRD rebels may be joining forces with anti-Kigali armed groups in Uvira territory, thus contributing to a renewed cross-border conflagration.

The first official results of the military investigation are alarming and are related to broader regional tensions. In the immediate aftermath of the failed 2015 coup in Bujumbura, a proxy war was launched between Rwanda and Burundi through affiliated armed groups in the highlands of Uvira. While these dynamics dropped off significantly in 2016 and 2017, since the end of 2018 the situation has deteriorated dramatically. Security sources in the Congo accuse Rwandan soldiers of positioning themselves in Mibande, a Congolese village near Bijojo, after passing through Rurambo, in the Uvira highlands. In the same area, the Congolese military report the presence of Gumino, a militia that recruits in the Banyamulenge community and led by Colonel Alexi Shaka Nyamusaraba. This armed group allegedly benefits from military support from Bujumbura, receiving ammunition on several occasions in 2018, according a report by the UN panel of experts that leaked in early January.

According to the same Congolese security sources, Nyamusaraba’s fighters are in collusion with General Kayumba Nyamwasa, the former Rwandan army chief of staff exiled in South Africa, and is supported by the Burundian Imbonerakure, the armed and political militia of President Pierre Nkurunziza. On the other side of the battle field is a coalition of Red-Tabara––a group linked to a Burundian opposition party––and Congolese Mai-Mai groups based in the Fizi, Uvira and Mwenga highlands. In any case, the scene seems to be set up for an escalation of tensions between Kigali and Bujumbura. Although President Felix Tshisekedi visited Kigali on March 25th and hosted the the Chief of theStaff of the Rwandan army in Kinshasa on May 10th, and then visited President Pierre Nkurunziza in Bujumbura on June 14th, there has not been any official declaration that the Congolese government has a strategy for defusing this regional conflict.