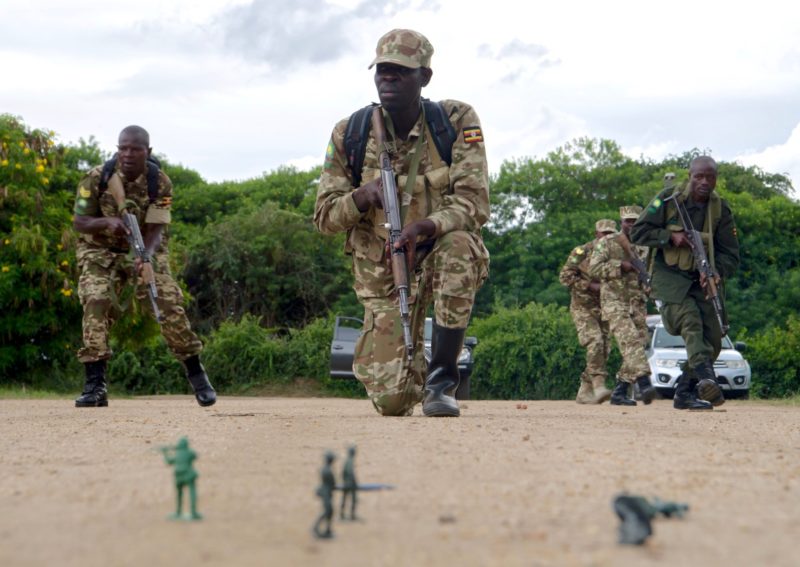 It’s a five-page document that has gained a lot of attention. On October 13, military analyst (and advisor to opponent Moïse Katumbi), Jean-Jacques Wondo, published a document to his twitter account signed by the Chief of Staff of the Congolese army, Célestin Mbala. It reveals plans for a major joint offensive with the region’s armies against the insurgencies in eastern DR Congo from November to May next year.

According to the document, the armies of Burundi, Uganda, Rwanda, and Tanzania have been asked to send a contingent of special forces to join the integrated Chief of Staff HQ in Goma.

This is a particularly sensitive matter given the long and painful history of the presence of foreign armies in Congo. One of the most traumatic episodes was the multiple clashes between Ugandan and Rwanda forces in Kisangani, in 1999 and 2000, which claimed hundreds of Congolese civilian lives. In 2009, the involvement of Rwandan forces in the context of the operation dubbed “Umoja Wetu” (“Our Unity”) sparked a political crisis that led to the resignation of the president of the national assembly, Vital Kamerhe – he is currently chief of staff to President Félix Tshisekedi.

Despite no official confirmation, it is highly likely an authentic document. None of the sources contacted for this article (including two military and two presidential sources) have issued denials. Also, two of them have confirmed the meeting announced in the document: that of the region’s army chiefs of staff from October 24-25 in Goma.

However, at this time, this only seems to be a working document destined to change, according to a military source quoted by RFI (in French). Some of the details in the document have already been refuted by the parties involved. MONUSCO officers, for example, would not be part of an integrated chief of staff HQ, contrary to what is stated in the document. “Legally and technically, our mandate is strictly national and does not allow for supporting a regional coalition,” explained Florence Marchal, spokesperson for the head of MONUSCO, Leïla Zerrougui, to the Kivu Security Tracker (KST). “This mandate runs until December and only the Security Council can amend it.” A diplomatic source also indicated that the presence of American officials had not been formally acknowledged, contrary to what is suggested in the document. Lastly, two Congolese presidential sources have stated that an offensive by the Congolese Armed Forces (FARDC) alone, led by General Fall Sikabwe, is planned to be launched soon. One of these sources did, however, recognize that discussions on creating a regional force were ongoing, even if its framework remained unclear: it has not discarded the idea, in particular, of the MONUSCO Intervention Brigade providing for troops from new neighboring countries.

In any case, the Congolese desire to build a regional coalition is real and is close to President Félix Tshisekedi’s heart. Following a first meeting between the chiefs of staff of Burundi, DR Congo, Uganda, and Rwanda in Goma on September 13 and 14, the Congolese president, speaking at the UN, called for “the creation of a regional coalition similar to the global coalition against terrorism, to stamp out the plague of insecurity created by domestic or foreign armed groups.”

Will this project be successful? At first glance, it is appealing. Some of the most active armed groups in eastern DR Congo, such as the Ugandan rebel Islamist Allied Democratic Forces (ADF), the Democratic Forces for the Liberation of Rwanda (FDLR) or the Resistance for the Rule of Law in Burundi (RED-Tabara), are of foreign origin. Additionally, Gitega, Kampala, and Kigali are all frequently suspected of aiding some armed groups in Kivu, and by doing so waging a proxy war. Enhanced cooperation between all countries of the region is therefore clearly one of the key conditions for putting an end to the violence.

It remains uncertain however that now is the right time for such harmonization. Rwanda and Uganda have been at crisis point since February, and there are no signs that this will improve. After Rwanda suffered a violent incursion from Congo on October 4, some of the arrested rebels were brought before the press where they stated that they had been recruited in Uganda (in French).

According to the Butembo national deputy, Muhingo Nzangi, this unprecedented coalition is more dictated by mistrust between the region’s countries than by a genuine desire to work together. “The initial idea was that our army form a coalition with Ugandan forces to put an end to the ADF, as unfortunately it cannot do it alone,” he stated. “I wrote to the president to support that idea. Tshisekedi and Museveni agreed. But Rwanda believed it couldn’t leave Ugandan forces in DR Congo unsupervised. President Tshisekedi therefore accepted that they also take part in the operation, which I regret. Lastly, to appease Burundi, which is wary of Rwanda, it was also asked to join.” In all cases, it is far from clear that all participants are particularly willing. The leaked document was originally part of some correspondence from Congolese General Célestin Mbala to his counterpart in Burundi.

Despite this climate of suspicion, the plan provides for Rwandan and Ugandan officers to share the same operational sectors of North Kivu. And in northern South Kivu, Burundian and Rwandan troops are to share operations. The worst-case scenario – a direct clash on Congolese soil between foreign armies – is therefore not implausible.

The arrival of these armies which have in the past committed many abuses in DR Congo could also elicit feelings of humiliation in the population and cause adverse effects, such as spurring Congolese “self-defense” groups present in the country. This phenomenon was observed following the “Umoja Wetu” joint Rwandan-Congolese operation against the FDLR at the start of 2009.

Furthermore, a majority of the “national” armed groups are included among the targets of the joint operation. “Faced with foreign armies, the Mai-Mai will immediately form a coalition,” Nzangi fears. “And if there are clashes between them and these forces, there’s a serious risk that things will go very badly.”

The meeting planned in Goma from October 24-25 to better define the outlines of the coalition will be crucial.